The new laser is representative of the third generation of technology first developed under the High Energy Liquid Laser Area Defense System (HELLADS, Gen 1) program. This Gen 3 Laser has a number of upgrades that provide improved beam quality, increased electrical to optical efficiency, and reduced size and weight. The recently certified Gen 3 laser assembly is small at only 1.3 x 0.4 x 0.5 meters. The system itself is powered by a compact Lithium-ion battery supply created to demonstrate a deployable architecture for tactical platforms.

GA-ASI is looking to use the laser weapon module in the Predator C Avenger for deployment by 2018.

The Gen 3 HEL tested is a unit cell for the Tactical Laser Weapon Module (TLWM) that is currently under development. The TLWM is built for use on land, sea, and airborne platforms and will be available in four versions at the 50, 75, 150, and 300 kilowatt laser output levels.

The GDS was employed by an independent measurement team to evaluate the beam quality of the Gen 3 system over a range of operating power and run time. According to JTO’s Jack Slater, “The system produced the best beam quality from a high energy laser that we have yet measured with the GDS. We were impressed to see that the beam quality remained constant with increasing output power and run-time.”

With run time limited only by the magazine depth of the battery system, beam quality was constant all through the entire run at greater than 30 seconds, which confirmed that the beam quality of the electrically-pumped lasers is maintained above the 50 kilowatt level.

Following this evaluation, the independent team will use the GDS once again to perform beam quality measurements of the GA-ASI HELLADS Demonstrator Laser Weapon System (DLWS). The HELLADS DLWS has a 150 kilowatt class laser with integrated power and thermal management. 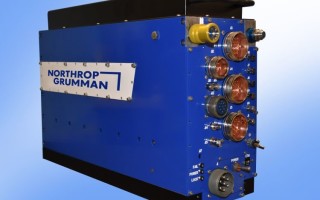