Toward safety and security in FACE components: High assurance with portability

The FACE [Future Airborne Capability Environment] approach is a joint government-industry software standard and business strategy for acquisition of affordable software systems that promotes innovation and rapid integration of portable capabilities across global defense programs. FACE - originally avionics-focused only, but has now broadened to encompass a wide catalog of applications for use across the entire spectrum of real-time systems - does not directly address issues of quality or fitness for purpose. Because these traits are obviously important in practice, the natural question for component developers is how to meet both the explicit FACE objective of portability and any domain-specific requirements for software reliability, safety, and security. Part of the answer is to choose appropriate software-development technologies and language(s).

The FACE Technical Standard is an open standard produced by government, industry, and academia members of The Open Group FACE Consortium. (Available for download at https://publications.opengroup.org/c17c/.) It defines a Reference Architecture (Figure 1), open interfaces, and a common data architecture to facilitate intercomponent communication. The current version of the standard is Edition 3.0, while several older editions (2.0, 2.1, and 2.1.1) remain in use and supported.

The FACE Reference Architecture comprises five segments, each with a defining set of requirements:

Figure 1: A diagram of the FACE Reference Architecture. Reprinted with permission of The Open Group.

A component that meets the requirements for a given segment is referred to as a “unit of conformance” with respect to that segment. The FACE Conformance Program defines the processes to verify, certify, and provide formal recognition that registered software conforms to the FACE Technical Standard and specifies policies and procedures for demonstrating conformance to the requirements for the various segments.

The OSS and its interface

The foundation of the FACE Reference Architecture is the OSS (Figure 2), which provides a standard interface to the other segments through ARINC 653 and POSIX application programming interfaces (APIs). Programming language runtime support libraries are considered to be part of the OSS when (as is typically the case) the interface to their services is through language syntax rather than FACE APIs.

A programming language runtime thus differs from the other OSS components in a ­critical way. Rather than being specified by an API – which would be overly constraining, given the differences across compiler implementations – the interface to the run time is defined by a set of language features (a so-called capability set). The implementation of the run time may or may not realize the capability set’s functionality through calls on the FACE APIs. More generally, the interface between the OSS components and the lower-level services needed in their implementation (the so-called bottom-side interfaces) are not defined or constrained by the FACE technical standard.

FACE-conformant components can be deployed in a variety of contexts with differing requirements for safety and/or security. The FACE Technical Standard therefore defines a set of profiles for the OSS interface. In increasing order of generality, they are:

The choice of programming language(s) is one of the fundamental decisions dur­ing system design. The source code is the artifact that is developed, verified, and maintained, and it is also the subject of much of the analysis required for safety or security certification. Although in principle almost any programming language could be used to develop high-assurance software, in practice software life cycle costs are reduced when the chosen language has been explicitly designed for reliability, safety, and security. The FACE Technical Standard specifically cites four candidate languages – C, C++, Ada, and Java – and, of these, Ada best satisfies this criterion. Especially suitable for components that need to conform to the security profile or one of the safety profiles, Ada avoids C and C++ vulnerabilities such as buffer overrun, and it also avoids Java’s nondeterminism issues (garbage collection, thread semantics).

Ada helps meet high-assurance requirements through its support for sound software-engineering practice, compile-time checks that enforce type safety, and runtime checks that enforce dynamic constraints such as array index bounds and scalar ranges. A deterministic subset of Ada concurrency features – known as the Ravenscar profile – allows Ada concurrency to be used in applications that need to meet high-assurance certification requirements such as DO-178B or DO-178C for airborne software.

Portability is the driving force behind the FACE approach and was also a key goal for Ada. The challenge for a programming language is to define the semantics in a platform-independent manner without sacrificing runtime efficiency. Ada achieves this in several ways. First, it provides a high-level model for concurrency (tasking), memory management, and exception handling, with standard semantics across all platforms that can be mapped to the most efficient services provided by the target system. This is entirely consistent with the treatment of language run times in the FACE reference architecture. With Ada, the developer can also express the logical properties of a type (such as integer range, floating-point precision, record fields/types) in a machine-independent fashion, which the compiler can then map to an efficient underlying representation. The physical representation of data structures (layout, alignment, addresses) is sometimes specified by system requirements, and Ada enables this to be defined in the program logic but separated from target-dependent properties for ease of maintenance.

The Ada 2012 standard introduced significant functionality, in particular for “contract-based programming,” which directly supports safety and security and is enabled via coding standards used by major defense system providers. Ada 2012 is implemented on a wide range of target platforms, including real-time operating systems (RTOSs) for which OSS conformance has been certified or is being planned. In light of Ada 2012’s maturity and benefits, contract-based programming and other Ada 2012 features are under consideration to be added to Ada’s security and safety capability sets when the FACE Technical Standard is updated.

An organization seeking to develop FACE-conformant components needs to adhere to the FACE APIs in the interest of portability but has considerable flexibility in the choice of development and verification technologies. For applications where high assurance is required, Ada offers intrinsic benefits and has development environments that can support all versions of the language standard. AdaCore’s GNAT Pro, for example, implements Ada’s safety-extended capability set and will support Ada capability sets in future FACE versions as they evolve. GNAT Pro’s Ravenscar run time is available for the safety profiles implemented by Wind River’s VxWorks 653 and Lynx Software Technology’s LynxOS-178 RTOSs for several versions of the FACE Technical Standard, allowing developers to design portable concurrent programs with safe and deterministic behavior.

Ada has a long history of successful usage in military and commercial avionics projects and other critical applications, and FACE component developers can exploit Ada’s benefits to produce portable code at the relevant level of assurance. Reuse for Ada has not simply been at the level of small libraries; avionics developers have ported nearly complete line replaceable units (LRUs) and functional application modules across different host development environments and different targets. Ada was designed and is being used for exactly the kinds of applications and environments that the FACE approach is targeting, both in new projects and upgrades of existing systems. Developers can use Ada for the FACE profile (security, safety base, safety extended, general-purpose) that matches their assurance needs.

Dr. Benjamin Brosgol is a senior member of the technical staff at AdaCore. He has been involved with programming language design and implementation throughout his career, concentrating on languages and technologies for high-integrity systems with a focus on Ada and safety certification (DO-178B/C). Dr. Brosgol is an active member of the FACE Technical Work Group. Readers may reach him at [email protected].

Dr. Dudrey Smith is a senior embedded system development consultant at AdaCore. He has been involved with military and commercial embedded system/software development and certification for 40+ years, with major leadership roles at companies including Lear Siegler, Smiths Aerospace, and General Electric Aviation Systems. Dr. Smith is an active member of the FACE Operating Systems and Conformance Subcommittees. Email Dr. Smith at [email protected] 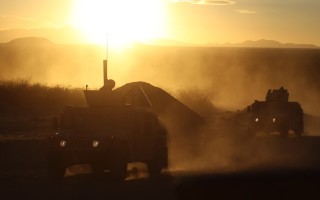