In an era when battlefield technology is evolving, warfighters must be equipped with best-of-class, mission-critical technology. But in spite of this need to stay ahead of the technology curve, the DoD's budget cycle can sometimes be out of sync with these objectives. However, there is an answer: application modernization.

Despite the recent push toward modern programming languages like Java and C++, the majority of government agencies still rely on COBOL for their mission-critical applications. One of the primary reasons COBOL still exists is because many decades of time and millions of dollars are often invested in DoD applications. Aside from the fact that rewriting applications with a more modern programming language, or replacing them completely, puts operability of the applications at risk, COBOL still provides real value to the agencies and organizations it serves. Because of the programming language’s longevity, the systems have evolved with defense agencies and continue to perform mission-critical tasks in support of the warfighter efficiently and reliably, providing every reason for the DoD to keep these historical systems alive.

Integrating modern technologies with the 50-year-old COBOL programming language, however, is no simple feat. As network-centric warfare becomes more dependent on Web capabilities for enhanced availability and streamlined logistical processes, upgrading critical applications for Web compatibility is a must.

Application modernization fosters communication between historical systems and contemporary technologies, while preserving the unique value encompassed in existing IT systems. A compelling alternative to rewriting or replacing critical applications, modernization is often deployable in less than two months, enabling a rapid response to mission changes and quick realignment of current applications in compliance with constantly evolving security requirements and federal regulations. Modernization can also save agencies millions of dollars, and in many cases reduces operating costs by up to 80 percent. As the applications often reflect the investment of innumerable resources and years of code modified to meet the specific demands of individual agencies, changing the code can put operability in jeopardy. However, modernization eliminates the risk factor because it does not require the alteration of a single line of code. Instead of altering the code, the server emulates a mainframe execution environment, working with the target operating system to allocate memory for the historical application.

The shift toward cloud computing

As agencies government-wide are starting to turn to modern technologies like cloud computing for enhanced availability and efficiency, defense agencies that rely on historical systems can be quick to follow through the use of modernization. Modernizing critical applications using Service Oriented Architecture (SOA) provides agencies otherwise bound to the mainframe environment the ability to leverage these modern technologies. Inserting an added layer of wrapper code that enables access to business functions, COBOL applications can now operate in a Web 2.0 environment, providing a responsive and rich Internet application, using unchanged code. The now-Web-based applications maintain the same functionality as when tied to the mainframe. Business regulations might have moved platforms with a Web 2.0 interface added, but quality assurance testing time is ultimately reduced because the application business logic remains untouched.

Security risks are often cited as the number one concern when upgrading systems for cloud computing compatibility. Government agencies concerned with a loss of control over the environment in which the applications are executing can still leverage the benefits of cloud computing by taking practical steps toward the cloud, without making the full commitment. One solution is to transition applications to a private cloud, providing the same Web benefits from within the boundary of an agency’s own firewall. A private cloud enables agencies to leverage benefits such as pay-as-you-go licensing and elasticity, from within their own data centers, at their own pace.

As government agencies continue to shift toward cloud computing, historical systems do not need to act as a barrier to defense agency modernization. Implementing modernization solutions allows defense agencies to leverage the benefits of modern technologies such as cloud computing, SOA, and Web-based technologies, ultimately providing the warfighter with more advanced battlefield technology at a faster time-to-deployment.

Bill Errico is vice president of federal sales and marketing at Micro Focus. He can be contacted at [email protected] 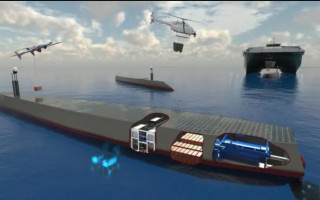 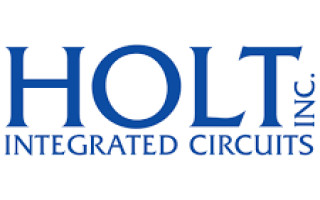