LONDON. Worldwide spending on various types of technology in the military space industry, measured at approximately reach $15.52 billion in 2018, will rise to $28 billion by 2028, according to a new market study, "Global Military Space Strategies and Technologies Market Report 2018-2028," published by Visiongain.

According to the study researchers, growth in the market will be driven by huge increases in bandwidth demand by modern military systems, along with nations like Australia, China, India, and France that are embarking on major military-satellite projects.

Additionally, the study found that India and China will consistently expand their military satellite fleets across the next decade as they modernize the C4ISR [command, control, communications, computers, intelligence, surveillance, and reconnaissance] capabilities of their armed forces while maintaining intelligence streams along volatile border areas.

A Visiongain researcher said of the market: "There has been an exponential increase in the demand for bandwidth by modern militaries worldwide. So great is the need for military data that it is increasingly transmitted through commercial satellites. The future of the military space strategies and technologies market is in ever-smaller platforms such as small satellites. Miniaturization, UAV [unmanned aerial vehicle] bandwidth demand, and IP routing in space are the some of the key developments in the military space strategies and technologies market. The global military space strategies and technologies market will grow steady during the forecast period as the United States government is focusing more towards deep-space exploration and encouraging public-private partnerships coupled with the support pertaining to private-sector innovation."

For additional information on this study, please visit the Visiongain website. 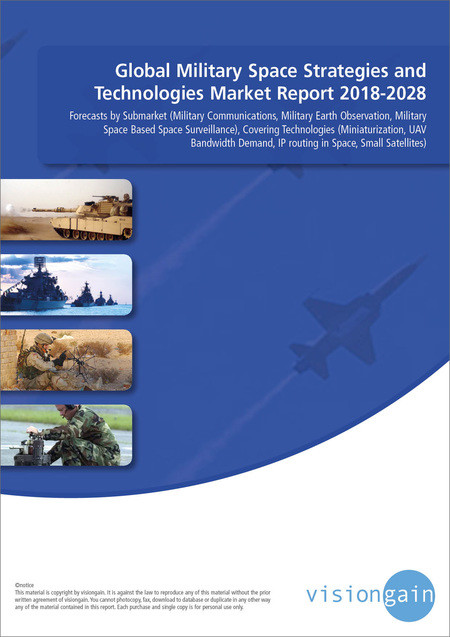