According to the companies, the flight reached speeds in excess of Mach 5, altitudes greater than 65,000 feet, and furthered the understanding of operations in the high-speed flight regime. With the test, officials hoped to demonstrate that air-breathing hypersonic systems are a cost-effective solution to address rapidly emerging threats.

Lockheed Martin supports multiple hypersonic systems development projects and is leveraging resources, talents, and lessons learned across the corporation to influence outcomes. Additionally, Lockheed Martin claims to be weaving a digital thread throughout the design, test, and manufacturing process to ensure efficient production.

Lockheed Martin has also made significant investments in the development of critical hypersonic technologies needed to enable operational systems to help the United States and its allies to counter rapidly emerging threats. 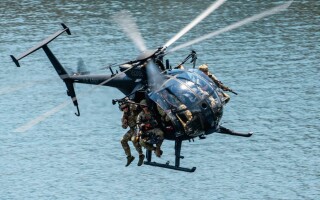