ROME, Italy. Medium Extended Air Defense System (MEADS) International engineers integrated the MEADS Multifunction Fire Control Radar (MFCR) with a MEADS battle launcher and manager Pratica di Mare Air Force Base near Rome, Italy. This test series is expected to show that the MEADS TOC can control the MEADS MFCR in coordination with the MEADS Launcher. Demonstrated during the tests were functionalities such as 360-degree target acquisition and track through dedicated flights and other air traffic.

The MEADS MFCR has no blind spots and is highly mobile and C-130 transportable, MEADS International officials say. The MFCR has since been moved to White Sands Missile Range, N.M., to prepare for an intercept flight test later in 2012.

The MFCR is an X-band, solid-state, phased array radar that uses element-level transmit/receive modules. It enables precision tracking and wideband discrimination as well as classification capabilities. The MEADS MFCR can deliver surveillance and fire control capabilities for rapid deployments until a surveillance radar can join the network. The MFCR utilizes its main beam for uplink and downlink missile communications. An advanced Mode 5 identify friend-or-foe subsystem also supports improved threat identification and typing.

Via its plug-and-fight capability, the MFCR acts as a node on the MEADS network. The MEADS battle manager will let a commander dynamically subtract or add sensors and shooters as situations dictate without having to shut the system down.

MEADS International, is joint venture between MBDA and Lockheed Martin, headquartered in Orlando, Fla. The joint venture is the prime contractor for the MEADS system. The MEADS program management agency NAMEADSMA is in Huntsville, Ala. 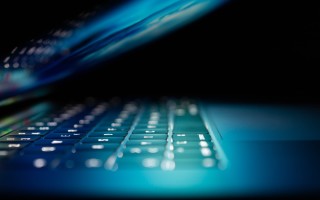