Obsolete components: What is the COTS life cycle costing you?

When looking at supporting legacy systems, obsolescence management typically falls into two categories: acquisition, and logistical planning and sourcing. However, “product support, vital to both acquisition and logistics, has been treated as the stepchild of both functions”[1]. With the need for obsolescence management invisible until the clock has run out, reactive obsolescence mitigation now falls to engineering teams … who then face the costs of recertification and working without access to critical IP.

A 2011 study published by the Air Force Science and Technology Board and sponsored by the National Research Council (NRC) estimated that 65 percent or more of Weapon System Sustainment (WSS) comes from supporting the system, meaning most of the program costs come after the system is initially rolled out. The Air Force requirement on the Weapons System Sustainment program alone continues to grow, and is currently projected to top $14.3 billion, nearly 32 percent of the Air Force O&M FY2012 budget[2]. Figure 1 depicts the USAF’s FY2012 WSS budget.

Figure 1: USAF FY2012 WSS budget – Note: This does not include depot-level repair and consumable supplies – an additional $2.6 billion. These costs in total bring the WSS overall sustainment spending in FY2012 to $14.3 billion, nearly 32 percent of the Air Force O&M budget. Source: National Academy of Sciences, Examination of the U.S. Air Force’s Aircraft Sustainment Needs in the Future and Its Strategy to Meet Those Needs (2011) pg. 74

In this climate, the need for collaborative, proactive obsolescence management has never been more critical to support the modern warfighter.

Additionally, with the growing budget cuts and the National Defense Authorization Act for FY2012 (NDAA for FY2012) anti-counterfeiting laws, the defense industry more than ever requires proactive obsolescence management solutions, to ensure predictable costs and counterfeit mitigation throughout a system’s life cycle.

In 2003, Senator Joseph A. Lieberman reported that “DoD and intelligence agencies will need to be first adopters of the most advanced integrated circuits, and will be increasingly dependent on such chips for a defense and intelligence edge.”[3] In the time since his report, the embedded industry has seen the evolution of this prediction, not only in defense industry technology and the need for interoperability, but also in the growing challenges DMSMS teams face when it comes to sustaining long-lasting technology.

From its beginning in the 1950s, the semiconductor industry relied heavily on innovation funded by the U.S. defense industry while consumer markets remained relatively small. Today, the semiconductor industry has grown to $300 billion annually, while supporting a $1.3 trillion electronics supply chain[4]. However, as the consumer and commercial markets have expanded, the influence of the public sector versus the private sector has reversed, leaving the United States military accounting for less than 2 percent of the total semiconductor market[5].

This reduced presence offers less control when DoD programs find themselves hit by the shorter commercial life cycles and sourcing challenges when new disruptive technology is introduced to the market. In this environment, a “reactive” approach to obsolescence, such as waiting for an EOL or Product Change Notice (PCN), becomes both dangerous and expensive. The impact of components on an entire system is illustrated clearly in programs like the F-22 Raptor, which avionics systems required four technology refresh cycles before beginning production – and before it was ultimately shut down in December 2011.

NDAA for FY2012 effects on End-of-Life

This treadmill of advancing technology is nothing new to experienced defense industry engineers. New systems are introduced, they are easy to support for a number of years before parts become scarce, procurement teams jump through hoops to get parts wherever they can, and only after all other options are exhausted, program managers call the engineers to design out electronic component obsolescence. And then the next list of parts becomes scarce, and the treadmill relentlessly continues.

But until recently, sourcing legacy components wasn’t examined closely enough to give absolute confidence in 100 percent parts authenticity. Components could be sourced from any number of independent distributors globally, or even from eBay. The “heyday” of component sourcing and brokers ended in 2007, when NAVAIR asked the Bureau of Industry and Security’s Office of Technology to conduct an assessment of counterfeit/defective electronics within the DoD supply chain. The resulting report spurred a chain of events, leading to the 2012 National Defense Authorization Act, Section 818 – and an increased scrutiny of anyone dealing with obsolete components within the DoD supply chain.

The legislation goes beyond simple scrutiny, making it a crime punishable by a fine of up to $2,000,000 for individuals and $5,000,000 for companies involved in their first offense – and up to life in prison for an individual whose conduct, in violation of the statute, results in a death. With such serious consequences, OEMs and contractors are reexamining how they sustain legacy embedded systems.

Groups such as the Aerospace Industries Association (AIA), SAE International, and the Independent Distributors of Electronics Association (IDEA) are partnering with industry experts to develop new testing standards and best practices. New technology such as RFID tagging, DNA marking, and component encryption will be available moving forward. However, the details and definitions of “counterfeit,” “suspect counterfeit,” and “fraudulent” – and what counts as reasonable due diligence – are still being ironed out.

In the meantime, OEMs and defense primes are left in an uncomfortable void when it comes to sustaining legacy systems. Some defense projects could see up to 70 percent of their components go EOL before they’re even out of the design phase; consequently, risks and due-diligence costs of continuing to support longer-lasting technology by sourcing components from the broker market are being heavily weighed by manufacturers throughout the entire defense supply chain.

Before the legislation, many OEMs saw unfunded sustainment of older products as a “best endeavors” offer for their military customers. Now everyone is taking a renewed focus on mitigating their “best endeavors” risk of sourcing parts from independent brokers.

Proactive obsolescence management on the embedded board and component level is imperative at the beginning of new projects, to ensure that legacy systems won’t be shut down. While OEMs often notify customers of major changes and EOL notices, teams who aren’t direct customers and source through distributors might not see the notifications in time to take action. The typical 3- to 6-month Last-Time-Buy (LTB) notification provides limited proactive visibility for components on which long-lasting systems rely. Because of this, program managers (and engineers!) face unpleasant surprises when notified of a last-time-buy situation from logistics teams. Even with access to critical IP, including Bills of Materials (BOMs), engineering teams are often left to mitigate obsolescence on a reactive, part-by-part component level, sometimes with a complex substitute part or complete redesign.

In reaction to these unpleasant surprises, logistics teams will make a “lifetime buy” to secure authentic parts and materials to support the military system. While certainly guaranteeing a degree of product security, a lifetime buy only works if both the repair needs and application life cycle can be accurately forecasted, and if funding can be secured. If underestimated, the program will be left little option but to radically reengineer the system. If overestimated, the program is at risk for overstocking components and parts for a system no longer in use.

In the cases where the system’s life cycle was underestimated, obsolescence management solutions then fall to engineering teams, who are working to comply under current legislation, struggling under budget constraints, lacking access to original IP, and fighting sliding repair and service timelines. The Defense Microelectronics Activity (DMEA) currently estimates that a single incident of obsolescence can run up to $2.4 million and 64 weeks to resolve. One way to estimate reactive cost impacts on an embedded board is by counting ASICs. Each obsolete ASIC could cost up to $1.5 million per component, not including recertification fees, and costs of downtime and repair.

When a project reaches redesign, program managers can find themselves looking at anywhere between $80,000 and $2 million and between 42 weeks and 64 weeks (NRE cost metrics from DMSMS), not including testing and recertifying the entire system. In an environment of budget cuts and Performance Based Logistics (PBLs), these ballooning costs can be a system’s death sentence.

When a global product integrator discovered the $15-$30 ASIC components they relied on to support an in-flight navigation system were no longer available, it created an abrupt transition of focus for the program. Facing component shortages and without a lifetime buy option, follow-on support became impossible without either a single component redesign or a “proactive” $3.3 million system redesign, neither of which was budgeted for on a $750 board.

Unless a defense contractor has visibility into the OEM’s life cycle and supply chain, these surprises aren’t the exception, they’re everyday occurrences. Obsolescence management requires collaboration across the supply chain, between acquisition, logistics, and engineering teams. To meet anti-counterfeit requirements from the NDAA for FY2012 and the current budget environment, OEMs and systems integrators need to ensure proactive processes and solutions are in place (Figure 2).

Established legacy sourcing and manufacturing experience offers visibility into the life cycle of an entire embedded system and saves project resources. Ideally, an onsite sustainment team has these solutions outlined during the design phase, to prevent reactive obsolescence management. However, that isn’t always the case, and an experienced extended service provider can help close critical gaps anywhere within a program’s life cycle.

In the end, it is critical to acknowledge obsolescence isn’t an event that might happen once in an application’s life cycle; rather, it’s inevitable for long-life systems. To support an application through its end-of-life, programs require ongoing planning and life-cycle analysis to determine tasks, accountability, procedures, and maintenance schedules. Working with an extended service provider such as GDCA provides necessary visibility, extended manufacturing, out-of-warranty repair, and authentication for when critical system components are no longer available.

Kaye Porter is Marketing Manager at GDCA. Her current focus is bringing collaboration and awareness to the embedded industry on the latest in anti-counterfeiting and long-term product support. She can be reached at [email protected] 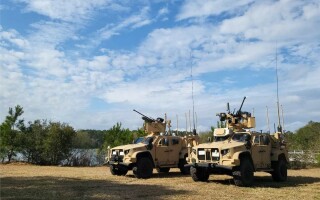