WARFARE EVOLUTION BLOG: When I first started researching this topic, I thought writing this article would be straight-forward and easy. As with many other subjects in this series, that was not the case. Targeting models are integrated into kill chains, or vice-versa, and that creates some confusion. The available stream of information about this subject is both narrow and shallow. However, we are seeing a sequence of evolving kill chain models, at the strategic and tactical levels.

They are evolutionary, but the new ones don’t replace the older ones. They appear to either modify or sit on top of the old ones, from what I can discern. So, let’s take a cue from Rudyard Kipling and consult my three honest serving men (oversimplification, generalization, and poetic license) to review the history of the kill chain, execution times, and how the process has changed.

The military started using acronyms to describe the kill chain phases in late World War II. Before that, there were no general designations. Overcoming this problem requires that I analyze early wars, take certain liberties, and propose appropriate acronyms for those historical periods.

Based on my study of Biblical times, the Babylonians, Medo-Persians, Greeks, and Romans operated with a simple kill chain acronym: FKP (find, kill, pillage). This chain took decades to complete. The tribal leader, king, or queen got the treasure, and the unpaid soldiers got the food, the wine, and the conquered women. This process continued up to World War I. With the new technology used in that war (rifled artillery, tanks, machine guns, chemical weapons), the kill chain could be executed in years or months.

During World War II in the Pacific, the U.S. Marines operated on a modified acronym: FKR (find, kill, repeat until ordered to stop). Several things changed to accomplish the kill chain in weeks, not months: pillage was eliminated from the chain, and technology (airplanes and ships) could move men and weapons to distant battlefields more quickly. Also, intelligence collection and analysis entered the kill chain process, speeding it up again. Hence a new acronym: F2TK (find, fix, track, kill). The Battle of Midway seems to be an indicator of this transition. The late World War II Army kill chain was officially named "F4: Find, Fix, Fight, Finish."

During the Cold War and the Vietnam War, intelligence collection and analysis reduced the kill chain execution time down to days and hours. I can speak about this with some credibility since my old military intelligence unit, the U.S. Army Security Agency (ASA), was heavily involved. ASA was the military arm of the National Security Agency (NSA). If the mission was too dangerous or tedious for the NSA civilians, they sent us ASA guys in. We used ARDF (Airborne Radio Direction Finding), ground-based RDF, and radio fingerprinting for intercepting enemy radio communications. We could locate (find, fix, identify, and track) Vietcong and North Vietnamese military units operating in South Vietnam. If we found them in the morning, it was a good bet they would be receiving “snake and nape” by noon. (Snake were the 250 pound Mk-81 Snakeye high explosive bombs, and Nape were the 500 pound M-47 napalm canisters).

In 1990, General John Jumper proposed a new kill chain acronym and process for the U.S. Air Force: F2T2EA (Find, Fix, Track, Target, Engage, Assess). And, he wanted this chain executed in 10 minutes or less. That time-goal was accomplished many times during the Gulf War in 1991 and the Iraq War in 2003, thanks to new technologies like precision weapons, surveillance UAVs [unmanned aerial vehicles], advanced SIGINT and IMINT intelligence systems, and networked battlefield communications.

Let’s take this information and start layering the strategic kill chain on top of the tactical kill chains. Tactically, this all starts with the Korean War F-86 fighter pilot Colonel John Boyd’s OODA loop (orient, observe, decide, and act). From that, the U.S. Army created their D3A tactical model (decide, detect, deliver, and assess). The Navy created their tactical DITN model (detect, identify, target, and neutralize). The Air Force continued with Jumper’s F2T2EA model. The Marines and Special Operations Forces (SOF) perpetuated their tactical F3 model (find, fix, finish). As you can see, the model is simple at the tactical battlefield level. Siting on top of all these tactical models is the strategic F3EAD model (find, fix, finish, exploit, analyze, disseminate). According to Baillergeon and Sutherland, up to World War II, the enemy was easy to find but hard to kill. Starting with Vietnam and then the Gulf Wars, the enemy was hard to find but easy to kill. That’s why the kill chain needed to speed-up again.

By now, you know that the kill chain is a set of evolving sequential processes. But, more changes are in the wind. In the previous administration, when intelligence sources found, fixed, tracked, and identified a terrorist HVT (high value target), the pilot of an armed Predator could not fire his Hellfire missile without authorization from President Obama. That added about 45 minutes to the kill chain execution time. Once the authorization was given, it took 3 to 5 seconds, from the time the Predator UAV pilot pressed the “fire” button, for the electronic command to go from Nevada across the U.S. in the communications system to Florida, up to the satellite, and down to the Predator in Iraq. President Trump has now delegated the authorization to fire on HVTs to his field commanders, reducing the kill chain execution time to under 10 minutes, just like General Jumper wanted.

The next change in the works is to shorten the travel time of the weapon to the target. This is the distance-time problem we explored in previous episodes of this series. Today, we have air defense intercept missiles, like the Patriot, that fly at Mach-5 (3,800 MPH, over 1 mile per second). The THAAD missiles recently deployed to South Korea can fly faster than Mach-8 (6,300 MPH). Testing is being done on a hypersonic missile called the X-51 Waverider, that can fly at Mach-5 (3,800 MPH) with plans for a Mach-10 version (7,600 MPH). Lockheed Martin has received the funding to design and build the first SR-72, a next-generation spy plane that can fly at Mach-6 (4,600 MPH). If that works, you can expect to see bomber versions of the SR-72. In March of 1990, an older SR-71 flew from Los Angeles to Washington in 1 hour 4 minutes and 20 seconds (at about 2,200 MPH), just before it went into the Smithsonian National Air and Space Museum. The planned SR-72 can make that same trip in about 30 minutes. Then, there’s the AN/TPQ-XX radar and counter-fire system. When an enemy fires missiles, mortars, or artillery at U.S. positions, the radar detects the incoming projectile, calculates the originating position from the arc, and fires an explosive projectile on that position, all before the enemy’s first round ever hits the ground. That reduces the kill chain to seconds. These are just a few examples of how we are solving the distance-time problem in the kill chain.

To avoid being at a disadvantage, the Russians and the Chinese are also working on their own hypersonic missiles. The Russians flew their 3M22 Zircon hypersonic anti-ship missile this June, launched from one of their missile cruisers. It has a range of 250 miles and flies at Mach-5 (3,800 MPH). That gives our aircraft carriers 3 minutes and 58 seconds to respond. The Chinese have tested their DF-ZF anti-ship missile seven times since 2014. It has a range of 5,000 to 7,000 miles (since it is launched into space on a ballistic missile), and a speed of Mach-10 (7,600 MPH) in the reentry phase and Mach-5 (3,800 MPH) in the terminal phase. How do we defend against these missiles? Directed energy weapons shooting pulses at the speed of light: Lasers. Right now, we have 30 KW lasers mounted on some ships (the LaWS system) to defend against missiles and speed boats. A new 60 KW laser was delivered to the Army in March 2017. A 100 KW laser weapon has already been built and tested. The most powerful laser in the world was fired in 2015, at Osaka University. It produced 2 petawatts of energy (2 quadrillion watts) for 1 picosecond (1 trillionth of a second). A 50 KW laser can shoot down enemy drone aircraft and burn holes in heavy trucks from a mile away, so you can imagine what a megawatt laser could do to enemy missiles and aircraft, or tanks and combat vehicles. Lasers can cut the kill chain execution time to just a few seconds.

As stated above, the basic concept is that the kill chain is a series of processes, executed sequentially. Can we overlap some of those phases, complete them in parallel, and reduce the execution-time of the chain again? Yes, and that brings us to the new F5 kill chain model: Fffff (fire, find, fix, finish, feedback). In this model, the weapon is fired first. The find and fix processes overlap the flight-time. The final target designation is sent to the weapon in-flight, through a SATCOM channel. Existing conventional munitions and stand-off weapons, like present air-launched cruise missiles, will remain in the old ffFff model (find, fix, FIRE, finish, feedback) until upgraded with new in-flight targeting electronics.

This F5 model is not really new. During the Vietnam war, the Air Force would send-up F-4 Phantoms and F-105 Thunderchiefs, loaded with snake and nape. They would loiter at safe altitudes until the ASA RDF guys could give them target coordinates for the Vietcong and North Vietnamese Army units hidden in the jungles. Those pilots would then complete the kill chain in minutes. If you want to learn more about the amazing stuff ASA did in Vietnam, read Lonnie Long and Gary Blackburn’s book, "Unlikely Warriors." Also, there’s a good article on the F5 model, if you want to read that too. <https://warontherocks.com/2017/05/its-about-time-the-pressing-need-to-evolve-the-kill-chain/>

Now, you have a basic idea about the kill chain and the processes. Find and fix are critical phases, and they are accomplished by multiple intelligence systems operated by the 17 U.S. intelligence agencies. We already have the best weapons in the world. What we need are more targets. That’s the subject of our next episode. 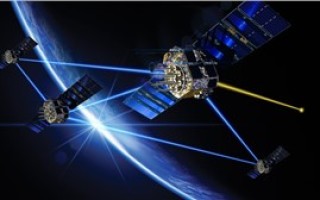