WARFARE EVOLUTION BLOG: When some writer talks about 4th, 5th, or 6th generation fighter aircraft, what do they mean? Like the previous articles in this series on the generations of warfare, there are multiple definitions by multiple authors. For fighter aircraft generations, there?s Hallion (1990), Aerospaceweb (2004), Air Force Magazine (2009), Jim Winchester (2011), and Air Power Development Center (Royal Australian Air Force, 2012).

Readers might think that first generation fighters are propeller-driven aircraft, but that’s not the case. All lists start with jet fighters, not biplanes and monoplanes. Harmonizing those five lists would be messy, cause you to question my analytical capabilities, and run roughshod over your patience. So let’s use the over-simplified definitions below for this discussion:

If you like, you can go digging through all the differences in the lists at <https://en.wikipedia.org/wiki/Jet_fighter_generations>. They are too diverse and complex for us to deal with in this cursory article.

Let’s confine this overview to 4th, 5th, and 6th generation fighters, and to our largest enemies: Russia and China. Our remaining enemies (North Korea and Iran) buy their fighters from those countries, and they only have a few of them. Just remember that during the gulf wars, the U.S. neutralized Iraq's air force in a matter of days.

- Russia’s air force has about 1,300 fighters. A few hundred are the older 3G MIG-XX platforms made by Mikoyan & Gurevich. The bulk of their fighters today are the SU-24/25/27/30 3G and 4G platforms made by Sukhoi. They have about 100 of the SU-34s and more than 50 SU-35s, both 4.5G aircraft. According to recent reports, the Russians have built eight PAK-FA (T-50) 5G fighter jets, but they are just prototypes for testing. Four more are in final assembly now, for a total of 12 planes. The Russian air force wants to put them through shake-down before committing to the platform. The T-50 has engine technology problems, yielding a low trust-to-weight ratio for the aircraft. The Russians have always made their fighter jets heavy for their engines and that’s a big problem, when you consider weapons loads, fuel efficiency, and range. In February, United Arab Emirates announced a deal to develop a new 5G fighter jet with Russia’s Rostec defense firm, based on the MIG-29 air frame. Also, don’t confuse the new Russian T-50 fighter with Lockheed Martin’s new T-50A, their next generation trainer jet.

There are a lot of conflicting numbers on the web, concerning how many of each aircraft specific countries presently have in operation. So, the numbers above are estimates and harmonizations. The Pentagon has the most accurate numbers, but they won’t give them to me. Also, don’t get tangled-up in the model numbers here. If the Russians upgrade the engines or replace a switch in the cockpit, they change the model numbers but the airframe basically stays the same.

At this point, we get into the discussion about scaling-back the purchases of the F-35s, and replacing them with an advanced version of the F/A-18. First off, it's the F-35C Navy carrier variant that is having big problems meeting the requirements, not the F-35As or F-35Bs (although they both have some issues to resolve too). Next, the F/A-18 is not as stealthy as the F-35 in its radar cross section (RCS), made more visible by the external fuel tanks, missiles, and bombs hanging under the wings.

There are some RCS design improvements in the next upgrades but they would have to be significant to equal the F-35. It takes about 15 years to design and deploy a new fighter jet, and we don’t have that much time, considering what the Russians and Chinese are doing. However, the F/A-18 costs about $17,000 per hour to fly. The F-35 costs over $42,000 per flight-hour. That difference is significant from an operations budget standpoint. There are more capabilities-based comparisons of the two platforms, but you’ll have to read about those on the web. Here’s just one of them. <http://www.defenseone.com/business/2017/02/can-comparable-super-hornet-steal-orders-f-35c/135533/?oref=d-topstory>

In the Red Flag Exercises in January and February, the F-35 had a 15:1 kill ratio against F-15/16/18 aircraft, air defense missiles, and electronic warfare (EW) attacks, even with its present bugs and deficiencies. When the F-35 ran out of ammunition, the advanced electronic systems could still find threats and direct older 4G/4.5G aircraft on the targets. That’s not bad for a platform undergoing so much criticism.

You probably noticed that the F-22 was not mentioned as a replacement for the F-35 in all this data. The F-22 has much bigger problems than the F-35. The processor chips used in the onboard computers are 25MHz CPUs that went EOL (end of life) shortly after the plane entered service in late 2005. The F-22 lacks IRST (infrared search and track) and side-scanning radar. And the avionics software is a nightmare of spaghetti code that’s hard to maintain and upgrade. Remember back in 2007, the first squadron of F-22s were being deployed from Hickam, Hawaii to Kadena, Okinawa. When they crossed over the International Date Line, the navigation, COMM, and fuel monitoring systems all went dead: the software failed to accommodate the date line event. The lead pilot had to signal the refueling tanker nearby, and follow him back to Hawaii, since none of the systems on the six aircraft would reboot and they were flying blind. The F-22 is completely obsolete compared to the F-35, and it wasn’t designed as a modular, easily upgraded, or maintained platform. Maybe that’s why we have the FACE (Future Airborne Capability Environment) Consortium doing lots of avionics software standards work today. F-22 production was halted in 2012. Only 187 were built, out of the original estimate of 750 needed.

Northrop Grumman has announced a program called “OpenPod”, where the appropriate electronic systems (infrared search and track, ground targeting sensors, air-to-air sensors, etc.) can be added or removed in minutes depending on the mission requirements. But this seems to be aimed at the F-15 and F-16 upgrades, and not the F/A-18 or the F-22. The concept of a modular approach to fighter jet systems and subsystems makes a lot of sense.

I mentioned the RCS of the F-35 and F/A-18 in the text above, and how comparatively stealthy they are. That concept, low observability (LO), is an interesting topic. In our next installment, we will discuss the RCSs of the fighter jets in this article, and why some of them look like a flying school bus to air defense radar systems while others look like a bird or an insect. There’s a lot of math and physics involved in that discussion, so put new batteries in your TI 30XA scientific calculator and brush-up on your differential and integral calculus. 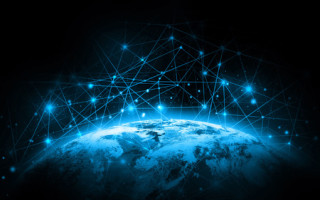 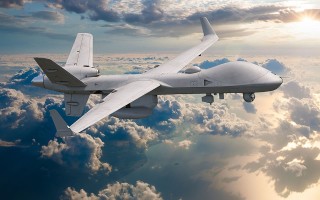 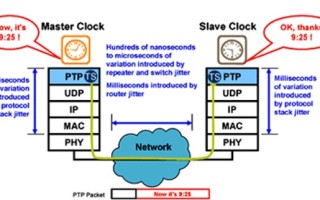