George Karalias   Rochester Electronics
Before & AfterMarket (BAM) Blog: Most of the public debate about onshore versus offshore manufacturing has to do with the cost of production and domestic-market competitiveness. But in many cases, the debate should not be exclusively about cost – it should be about trust.

Peter Marston   Rochester Electronics
Before and Aftermarket (BAM) Blog: As semiconductors become more and more complex, guaranteeing that they can still function correctly in safety-critical applications is proving increasingly difficult; and in many cases, system testing to assure correct operation under all foreseeable equipment operating conditions is often impossible. The avionics industry has recognized this problem and introduced guidelines for manufacturers to follow to overcome the testing dilemma.

George Karalias   Rochester Electronics
BEFORE & AFTER MARKET (BAM) BLOG: Jet fighters and the family car will have several things in common in the near future. When a disruptive technology is developed, prior generations of similar technologies are significantly impacted. In the consumer market, customers can generally adopt new technologies rapidly if the price point is right. Conversely, higher-value equipment with long operating life times does not have this luxury. Manufacturers of prior generations of military, space, and aerospace equipment may find their supply chain disrupted as cost-conscious vendors adapt to a more volatile market cycle. 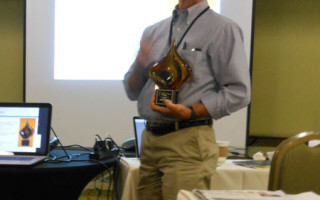 Amanda Harvey - Assistant Editor, Military Embedded Systems
John Rynearson, technical director of VITA, is the first person to be inducted into the newly created VITA Technologies Hall of Fame. The news took him by pleasant surprise, announced during today’s VITA Standards Organization (VSO) meeting in Scottsdale, AZ, in front of his friends and peers in the industry. After the announcement was given by John McHale, editorial director of Military Embedded Systems magazine, the room filled with applause and congratulations.

Daniel Deisz   Rochester Electronics
Before & AfterMarket Blog (BAM). At first glance, having 2,000 component suppliers to choose from -- versus 200 – is a good thing. Competition drives down prices and component selection appears bountiful. In the electronics supply chain, though, things don’t always work that way. In fact, the “2,000 vs. 200” equation is downright dangerous. Almost any vendor can sell a component, but not all vendors are authorized to do so. This is a big distinction.

Six customized computers myths that you should know - Blog

William Finn   AMREL Rugged Computers
One of the most common problems executives face is making business decisions about technologies with which they are not familiar. As they survey the crowded marketplace, corporate leaders often rely on information from self-interested vendors, or so-called conventional wisdom. 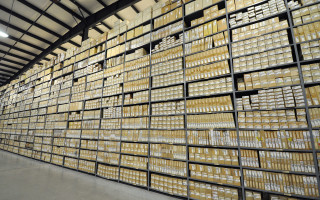 John McHale - Editorial Director, Military Embedded Systems
NEWBURYPORT, MA. I've found where they put the Lost Ark at the end of "Raiders of the Lost Ark" -- it's in an aftermarket semiconductor warehouse in Newburyport, MA. Seriously, Rochester Electronics has a storage area for products going back decades that is eerily similar to the one in the movie (see photo).

HED: AS6081 - A Partial Solution When the Authorized Channel has no Solution - Blog

Bob Sullivan   Curtiss-Wright
Signal Integrity (SI) is becoming an increasingly critical consideration for designers of OpenVPX systems. While system integrators first confronted some SI issues as the embedded industry made the performance advance from Gen1 at 3.125 Gbaud to Gen2 at 6.25 Gbaud signaling, the current transition to Gen3 >10 Gbaud signaling rates, nearly doubling the bandwidth of Gen2 OpenVPX, requires a significant increase in the level of tools, capability, expertise, and know-how to ensure successful design and implementation of a robust latest generation, OpenVPX system.

Yannick Moy   AdaCore
While Ada offers many features that act as safety guards at run time, by raising exceptions when a violation is detected, some of these features may be too complex to guarantee a safe execution before the program is run. This is the case for example of pointers, which may be used to create arbitrarily complex shared data structures in memory. SPARK is a subset of Ada that forbids these features, most notably pointers, in order to be able to provide strong guarantees at compile time. A preview of the next revision of SPARK called SPARK 2014 is already available, as well as the associated verification tools.

Mark Pitchford   LDRA Technology
In the good old days, before writing software became “software engineering,” code development was a black art practiced by weird nerdy kids straight out of college. For them, coding was by no means a structured discipline. If you managed to get them to communicate, they might tell you that they were hacking code together and using ad hoc test data to see whether it did what it was supposed to do when they executed it.

Ada Watch: Getting the right programming language for the job - Blog

Greg Gicca   AdaCore
Ada is a strongly typed language that is a natural choice for developing high-reliability programs. Some languages such as C are good at low-level-programming but not for solving other challenges – as covered in my previous blog. You need to choose the right tool for the job. Instead of using one language or one tool for every problem, you should provide engineers with multiple options for developing high-reliability software – which is where Ada shines.